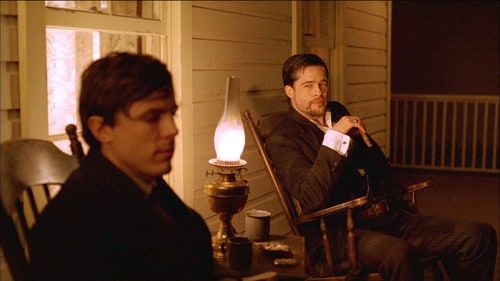 Nine months. That’s the length of time between the deaths of Jesse James and Billy the Kid---the two most notorious, most popular outlaws in history. Their deaths also signalled the end of the Old West of gunfights, train robberies and the criminal life of six-shooters.  In movies, the Western genre is also beginning to disappear, perhaps running out of stories to tell.

Still, in the last decade saw very well-made Westerns like “Open Range,” “The Proposition,” “3:10 to Yuma,” and this, a movie based on author Ron Hansen’s tale of James James and his partner and killer, Robert Ford. Quality replaces quantity with well-written stories that tell the darker, different side of the frontier unlike those that John Wayne, Jimmy Stewart and Randolph Scott rode in. But unlike “Open Range” and other fictional Westerns, stories about real-life subjects always have the upper hand. And Jesse James is the biggest Western anti-hero that ever lived.

In Ron Hansen’s book, he details Jesse James’ last days leading to his traitorous end. The story penetrates deep into the character’s legend, describing nuances, unmasking feelings and by the time James lay dead from a bullet through the back of the head while dusting a picture frame, the story have shifted to the outcome of Ford’s deed. “Coward,” a word he would carry on until his own assassination. Poetic justice. And it is both in the book and the movie.

The narrative style of the book is the movie’s main handle, a style that sets it apart from others of the genre. Visually, it was beguiling at the start like that shot of James’ silhouette awaiting the train. As the story progresses, visual style gives way to apprehension of the ending that even Brad Pitt starts acting like Brad Pitt. Casey Affleck, who plays Robert Ford, is tailor-fit for the role and became an actor of depth almost immediately.

For that few good Westerns that come and go are enough to keep the West alive. For the 30 short years after the Civil War that it came into existence. For the brazen tales of its heroes and villains, the West is worth telling from time to time.

0 comments, Reply to this entry 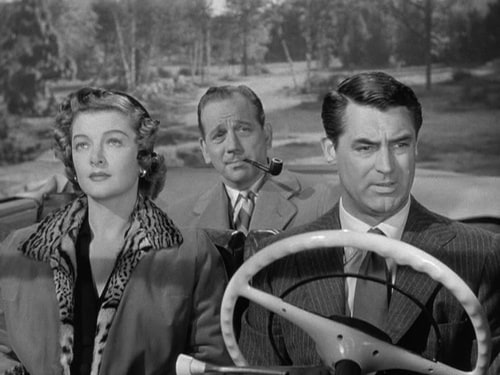 Dapper advertising man Jim Blandings (Cary Grant) and his wife (Myra Loy), live in a nice building apartment in Manhattan. Life can’t get any better but the place is getting too crowded with their two daughters growing up fast. So, they decided to build a dream house outside the city and this is where all the fun begins.

The movie is a nostalgic look at the typical classic American family: with Father, the hardworking provider and Mother, the practical voice of the family. Their clash of ideas sets the tone to this delightful, fast-talking comedy of manners set inside the household.

Cary Grant’s many comedic talents adjusts naturally to the father figure, the kind you could talk back to without getting in trouble. Loy, is of course, already Hollywood’s best on-screen mother. Their pairing (their first and only one as a married couple) do wonders to each others' personalities. But it’s the presence of the third wheel that makes it more interesting and its in the person of the family friend cum lawyer played by Melvyn Douglas. The suave leading man takes a back seat, but not that very far. As Cole, the family counsel, he pops out almost immediately whenever the couple couldn’t come up to an agreement, affording them the break to a stalemate. He’s like a genie who had escaped from his bottle. Uncle to the children and legally debonair.

Director H.C. Potter’s other movies to his credit are mostly dramas and musicals, thus making a comedy with such actors used to working with the screwball greats like Leo McCarey and “Thin Man” helmer W.S. Van Dyke, benefited from the funny script by Melvin Frank and Norman Panama.

Grant will go on to make other movies with him as the lovable father, notably “Houseboat” in 1958 with Sophia Loren, “Mr. Blandings” however, remains something special as it is his last movie with Loy, and they only made three movies together.

0 comments, Reply to this entry